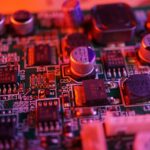 The European Commission (EC) unveiled legislation designed to double Europe’s share of the semiconductor industry yesterday. The so-called Chips Act addresses supply-chain shortages in the EU’s tech sector. Having assigned EUR 11 billion for the package, the EU aims to raise EUR 43 billion overall and gain a 20% share of the microchip sector by 2030.

“The European Chips Act will be a game changer for the global competitiveness of Europe’s single market,” EC President Ursula von der Leyen said, adding that the short-term goal of the investments and strategy is to avoid microchip shortages and in the medium-term, make Europe an industry leader. “But the key to our success lies in Europe’s innovators, our world-class researchers, in the people who have made our continent prosper through the decades,” von der Leyen said.

The EUR 11 billion will come from existing instruments, including recovery fund (Next Generation EU) and the research programme Horizon Europe, as well as member states’ domestic roll-outs. Hitting the EUR 43 billion mark will depend on attracting private investors.

Supply chain disruptions caused by the COVID:19 pandemic have seen numerous sectors and regions, including auto manufacturing in Central and Eastern Europe (CEE), hampered by a shortage of semiconductors. Microchips are also crucial for emerging technologies such as the ‘internet of things’ and autonomous vehicles.

The Act intends to bring together Europe’s global leaders in research and technology and cutting edge equipment manufacturers. Having the ability to anticipate and react to chip shortages is also part of the plan, along with reducing dependency on non-European suppliers. The plan also seeks to build leadership capacity in the semiconductor space: developing technologies while realising a European economy that is digital and green.

Although von der Leyen was reluctant to speak about Taiwan in reference to the Chips Act, the Asian tech heavyweight has been singled out as a contender for helping alleviate Europe’s semiconductor shortage by expanding its manufacturing operations in CEE. On a visit to Europe in October, Taiwan’s National Development Council head Kung Ming-hsin said Czechia, Slovakia and Lithuania have all expressed interest in cooperating on chip production. Then in January Taiwan announced that it would extend a USD 1 billion credit line to Lithuania, in part to develop its semiconductor industry.

“This is good news for Europe’s strategic autonomy,” MEPs from the centre-right EPP Group tweeted. “It is not in our interest to continue to rely on one or two big producers in East Asia.” Dan Nysted, a financial analyst in East Asia, tweeted that Taiwanese media have interpreted the EU scheme “as a welcome mat being rolled out for Taiwan Semiconductor Manufacturing Company (TSMC), which has already discussed potential projects in Europe”.

The US currently has a 47% share of the chips industry, with Asia second, and Europe a distant third on 8%, having lost two-thirds of its share over the last two decades, according to the Semiconductor Industry Association.