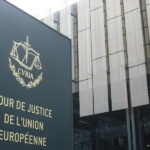 The European Union’s top court ruled that it can reduce funds to member states over rule of law concerns, rejecting a legal challenge from Poland and Hungary, on Wednesday.

Hungary called the verdict “an example of how Brussels is abusing its power”, while Poland condemned the Court of Justice of the EU (CJEU) ruling as “an attack on our sovereignty”. Hungarian Justice Minister Judit Varga said “the CJEU made a political decision because of our upcoming referendum on child protection.”

Nevertheless, the court ruling is the final word in a legal battle that began in earnest in 2020 when the EU introduced the “conditionality” mechanism. The two countries challenged the mechanism in court, arguing that the regulation “violates the EU treaties” and “fails to guarantee legal certainty” to member countries. However the CJEU verdict means that from now on the receipt of financing from the EU budget will be subject to the respect for the rule of law, clearing the way for stronger action against democratic backsliding.

“It is highly likely that the mechanism will be triggered against Hungary, probably in March, but not yet against Poland,” Mujtaba Rahman of the Eurasia Group consultancy said. “It will take several months for the process and politics to play out, meaning any suspension of EU budget funds is not likely until the third or fourth quarter if this year – if at all,” Rahman added.

Marta Pardavi, co-chair of the human rights NGO the Hungarian Helsinki Committee, said the “ruling underscores that the dismantling of the rule of law will have financial consequences and must lead to triggering the conditionality regulation without delay. The Hungarian government’s latest attempts to attack the CJEU’s independence should not be taken lightly: it is yet another challenge against the rule of law, this time at a European level: this must stop,” Pardavi added.

Orsolya Vincze, legal expert at the Hungarian anti-corruption body K-Monitor said “The Hungarian Government has a long history of using EU funds to enrich and cement its own clientele –  the European Union has watched this helplessly over the last decade. Today’s court ruling has finally opened the way for the European Commission (EC) to take more effective actions against the systemic misuse of EU tax payers’ money in its member states.”

Vincze underlined, however, that “this instrument will only make a difference, if the EC is determined to make use of it. Beyond examining formal compliance with EU rules, it now becomes essential to go after those systemic malfunctions of public administration and law enforcement that have turned out to be the real enablers of corruption.”