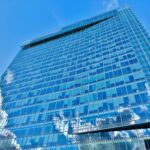 When it comes to billionaires, Czechs are Central Europe’s overachievers

When it comes to billionaires, Czechs are Central Europe’s overachievers

Henry Ford once said: “I am ready to account for any day in my life, but don’t ask me how I made my first million.” The billionaires of Central and Eastern Europe, many of whom began to build their empires during the “wild privatisations” of the 1990s, would no doubt relate to the words of the legendary US carmaker.

CET has consulted publicly available data, local rankings and the Forbes rich list, to identify the 27 dollar billionaires in Central and Eastern Europe. The life stories and career paths of the CEE “27 Club” are a mirror onto the last three decades in the region, and its economies, market trends and growth industries. To varying degrees, the region”s billionaires owe their wealth to market forces, political links, inheritance, talent and luck. Our research found that the key elements to making a fortune in CEE are: the market size of country of origin, technological innovation, diversification of investment, expansion into foreign markets and, last but not least, political connections.

The late Czech tycoon Petr Kellner amassed a larger fortune than the next two billionaires in CEE combined. For him and many others, the leveraging of political connections during the privatisations of the 1990s helped on the way to gaining super-rich status. Czechs are overrepresented among the billionaires of Central and Eastern Europe, often with a wide variety of interests in finance, real estate, software, energy and retail.

Kellner was alone amongst CEE oligarchs in amassing wealth comparable with the elite Western European oligarchs. Due to the smaller sizes of Central and Eastern European economies, not even the richest runners-up compare to their counterparts further west. Like many tycoons in the region, Kellner had the connections and the talent to develop the companies he controlled, and a knack for making canny investments in the right sectors at the right time. In all, eight of his compatriots also reached dollar-billionaire status, making Czechia the clear overachiever in the region.

Poles have also risen to moneyed heights, partly thanks to the relative size of Poland’s economy. Countries with smaller economies have generally created fewer billionaires, many of them thanks to political connections. Other entrepreneurs have dreamt big and built region-spanning organisations, or have taken innovative products and services onto the international market. Most of the CEE billionaires collect the bulk of their profits abroad.

At the very top of our list is Kellner, who died aged 56 in a helicopter accident in Alaska in March. The late Czech billionaire’s fortune was almost double that of Serbia’s “dish-billionaire” Philip Zepter, who is CEE’s second richest oligarch. With nine billionaires each, Czech and Polish tycoons make up two-thirds of the list. Hungary, Romania, Slovakia and Croatia are each represented by two businessmen, and Serbia with one. With the exception of Czechia, distribution is roughly in line with the economic weight of the countries. Therefore, it seems, size does matter, no matter how exceptional the ideas, technologies, or political links.

Nevertheless, based on economic power, Poland should dominate the list, with a GDP of USD 1.3 trillion last year, three times larger than Czechia’s USD 449.88 billion. Economic output reflects market size, and domestic markets provide revenue and springboards for foreign markets, as illustrated in India, a developing country that nevertheless has the world’s sixth richest person, Mukesh Ambani, with a net worth of USD 48 billion. Czechia’s GDP, although smaller than those of Poland and Romania, is still higher than that of Hungary (USD 322.56 billion in 2020) which has a similar-sized population. In terms of GDP per capita, Czechia is second to only Slovenia in CEE, and even surpasses it for purchasing power parity, making the Czechs the region’s wealthiest individuals on average.

Get rich quick, then diversify

CEE’s billionaires predominantly amassed fortunes in one sector: either finance, software, energy, retail or real estate, the most profitable industries in the region. However, most then diversified their investments and hold interests in most of those lucrative sectors. The richest Pole, Michal Solowow, began in construction only to then invest in nuclear power, and later biotech and green energy. Jan Kulczyk was the richest man in Poland, with shares in telecommunications, energy, infrastructure, real estate, the chemical industry and mining, which his children Dominika and Sebastian inherited after his death in 2015. Dominika Kulczyk is CEE’s sole female billionaire. The Slovak-born Czech premier Andrej Babis, traded in fertilisers and slowly built up the Agrofert conglomerate, which is now present in Czechia’s entire value chain of food production, but owns shares in energy and media companies too.

Making billions has usually meant entering foreign markets, as CEE domestic markets offer limited opportunities compared to larger, wealthier regions. Slovak real estate developer Ivan Chrenko built one of the tallest buildings of Europe in Warsaw and has invested in real estate all over Europe. For his part, Philip Zepter left what is now Bosnia and Herzegovina to set up business in Switzerland and expanded from there into the European market. Hungarian banker and UEFA vice-president Sandor Csanyi built up one of CEE’s largest financial firms OTP Bank, which is present in nine countries in the region including Russia and Ukraine. The Polish tycoon, Dariusz Milek, founder of CCC, Europe’s second biggest footwear retailer, operates more than 1,100 shops in 18 different countries. The Jan Kulczyk was honoured by the government of Nigeria for his contribution to its economic development and bilateral trade. Kulczyk had similarly diverse investments elsewhere in Africa, Asia and South America.

Techies are exception that prove the rule

The exception to the diversification rule are CEE’s software billionaires, who struck it rich via a unique idea or technology, such as Daniel Dines with Romania’s robotic process automation platform UiPath, and the Czech founders of anti-virus software company Avast, Pavel Baudis and Eduard Kucera. These tech billionaires are not dependant on domestic markets, earning the bulk of their revenues abroad, and UiPath actually moved its headquarters to New York three years ago.

Aided by privatisation and politics

Launching software requires a relatively low amount of capital, whereas in other sectors that “first million” is a prerequisite. CEE hosts numerous well-connected businessmen who made generally amassed fortunes in the 1990s privatisation era or through political affiliations. Kellner leveraged connections when investing in state assets privatised by the post-communist government through a “voucher-for-shares” scheme. Slovak property mogul Vitek also got his start during the coupon privatisations of the 1990s. Daniel Kretinsky was referred to as a “privatisation baron” by the New York Times, along with Patrik Tkac, when he acquired shares in the French daily Le Monde. Tkac mass-traded privatisation coupons in the nineties and gained shares in several large investment funds and other companies. Marek Dospiva co-founded and co-managed Penta investment with Jaroslav Hascak, now a Slovak billionaire, who also rose to prominence during privatisation having acquired shares in a large fund for only a fraction of its real market value at that time.

The number of Czech billionaires who rode the 1990s wave of privatisation could explain the country’s overrepresentation on our list. By contrast, in Poland only Jan Kulczyk bought companies from the government and sold them to private investors. Kulczyk was also a shareholder in Poland’s biggest oil refinery, PKN Orlen. Other Poles who climbed from “rags to riches” include Zygmunt Solorz-Zak, who imported used cars from Germany before founding Polsat, one of the first Eastern European national commercial broadcasters in the early 1990s. Croatian distributor Branko Roglic pioneered private enterprise in Yugoslavia in the late 1980s and later managed to develop his distribution company Orbico into a major European player.

It’s not what you know, it’s who you know

Nevertheless, close ties to politics helped entrepreneurs to make a mint in the following decades, often serving as vehicles for state projects. A Hungarian example is Lorinc Meszaros, who once attributed his fortune to “God, luck and the person of (Prime Minister) Viktor Orban”. Thanks to big contracts from the government and EU subsidies, he now owns around 200 companies in Hungary, from media and insurance to tourism. Pavle Vujnovac’s First Gas Company (PPD) began to grow rapidly in Croatia only after the formation of the HDZ-HNS coalition government, which deregulated the cost of gas for industrial consumers, causing prices to dramatically rise overnight. PPD also soon became the largest gas supplier to the former state-owned chemical industry giant Petrokemija.

However, in Western Europe, where tycoons can be worth USD 30-50 billion, our aforementioned CEE billionaires barely scratch the surface. Forbes, which reports changes in the billionaire rankings in real time, last month demoted the mega-rich Frenchman Bernard Arnault from the European top spot he held in August to third, after he lost USD 7.2 billion, a figure that exceeds the entire fortune of all but two of the “27 club” of CEE’s billionaire oligarchs.