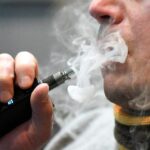 Hungarian entrepreneurs who were left out of pocket due to the nationalisation of tobacconists finally look set to receive compensation for missing revenues. The deadline for damages applications from Hungary’s e-cigarette traders passed on Sunday 31 October, 2021, almost a decade after the government introduced a state monopoly of tobacco shops in 2012.

An entrepreneur initially filed the complaint over a law that stated that e-cigarettes could only be sold at tobacconists. The Hungarian Constitutional Court upheld that complaint in December, 2019, ruling that the tobacco shop nationalisation law had failed “to provide an opportunity to get tobacco retail licenses or any kind of compensation for existing e-cigarette retailers”.

The Court set a six-month deadline for the creation of a procedure allowing traders who received at least 10% of their total revenues from e-cigarettes to apply for compensation via the Hungarian ministry for public finances. The Hungarian Committee on Legislation eventually published a short legal amendment – without any guarantee or information on the compensation procedure – on June 28, 2021, 18 months after the Constitutional Court verdict.

Such a delay is not outside the norm: Parliament had failed to carry out 16 orders to amend legislation from the Constitutional Court as of May 2021, against which Hungarian law does not provide any route for sanctions. Government Commissioner for the Protection of Non-Smokers Janos Lazar did not respond to questions on the matter.