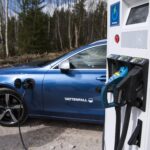 The EU has big plans to scale up battery production in Europe to make the major switch from fossil fuels to electromobility a reality by the end of the decade. But will the planned protectionist measures help achieve its goal?

Following a unanimous decision last December by EU governments to raise emission reduction goals by 2030 from 40% to 55%, how Europe will power the broad variety of electromobility options remains an outstanding question.

The good news is, Europe has big plans and is showing signs of putting its money where its mouth is. The bad news is, currently an overwhelming majority of batteries are made outside of Europe, primarily in Asia. But the real question is how can the EU secure access to raw materials which are essential for battery production in an age when most of them come from third-country markets.

From the EU’s perspective, the regulations will ensure that batteries entering the European market are sustainable and safe throughout their entire life cycle. Therefore, the battery regulation will be part of the Green New Deal, thus in accordance with the “circular economy” approach of Europe. Europe has had a common battery regulation since 2006, but it’s antiquated for coping with the future challenges of e-mobility.

Global demand and the waste left behind

Global battery demand is expected to increase 14-fold by 2030, driven primarily by the electrification of transportation and the deployment of batteries in electricity grids. The global market could be worth up to EUR 250 billion annually by 2025. The EU would comprise 17% of the market.

Batteries’ manufacturing, use, and end-of-life handling, however, raise a number of environmental and social challenges. As the market grows, so does the importance of the sustainability, environmental, and energy performance of batteries. Even today, approximately 800,000 tons of automotive batteries, 190,000 tons of industrial batteries, and 160,000 tons of consumer batteries enter the European Union each year, according to Eurostat data.

At the end of their lifecycle, a significant portion of these batteries is not properly collected and recycled, which increases the risk of releasing hazardous substances into the environment and constitutes a waste of resources. Over 1.9 million tons of waste batteries accumulate in a year across Europe.

Recycling rates vary across member states and battery types, but the highest collection and recycling rates are achieved for automotive lead-acid batteries (99%). Between 90% and 100 % of their lead is recovered. However, portable batteries’ average collection rate is significantly lower: in 2018, about 48% were recycled. Better recycling and lower resource waste are what the EU is aiming for, and that’s why it would like to handle the whole process – from product design, through material use, lifecycle maximization through digital solutions and recycling  – under one directive.

Ministers will discuss a compromise text based on the EC’s original proposal presented last December aiming to replace the current Batteries Directive. The proposal is scheduled to be on the table of the environmental ministers for discussion at the Environmental Council on 10 June.

The battery regulation’s main objectives are: strengthening the functioning of the internal market; promoting a circular economy; and reducing environmental and social impacts throughout all stages of the battery life cycle.

To underpin the importance of the proposal in the EU’s context, besides the Green Deal it is part of the Strategic Action Plan on Batteries, the new Circular Economy Action Plan, the new Industrial Strategy for Europe, and the Sustainable and Smart Mobility Strategy, and builds on a 2019 evaluation of the current battery directive.

The European Commission’s proposal includes elements concerning sustainability and safety requirements, such as carbon footprint rules, minimum recycled content criteria, performance and durability criteria, and safety parameters. Furthermore, it will deal with labeling and information requirements and data on the state of health and expected battery life.

MEPs will have a say too

The way forward for Europe

Besides the policy-making track and the complex legislative ecosystem, the battery regulation has to fit in – unusually, the EU has taken resolute steps to support innovation, research and preparation of upscale battery production in the future based on hopes for next-generation battery technologies.

In 2017, the EC supported the setting up of the European Battery Alliance to give a push for the scaling up of innovative solutions and manufacturing capacity in Europe.

The EU seems to accept economic reality when it offers the main reason forwhy European battery production is essential: batteries are a high-value component that currently represents approximately 30% of value creation for Battery Electric Vehicles (BEV). If the EU wants to effectively retain the economic sustainability of its automotive sector the pursuit of BEVs is unavoidable. In absolute terms there are 1.38 million European jobs directly or indirectly at stake.

Besides the European Battery Alliance bringing together more than 120 European and non-European stakeholders representing the entire battery value chain, the EU’s innovation agency, European Innovation and Technology Agency (EIT), together with EIT InnoEnergy started the Battery2030 initiative to bring private and public funding together under a systemic support scheme for future battery research and large-scale production.

Battery regulation will be at the heart of household renewable electricity storage besides transport modalities. Concerning the latter, a wide range of vehicles will need batteries including bikes, scooters, motorcycles, passenger cars, vans, trucks, buses, boats, ships, trams, heavy-duty machinery, robotics, drones, and other uses we’re not aware of at present.

Therefore, the EU policymakers’ task is nothing less than to create rules that support the upcoming short-term needs of the battery industry primarily based on optimised (Li-ion) technology, but at the same time which accelerate the market introduction of 4a (solid-state Li-ion) and generation 4b (solid-state Li metal) technologies from 2025 onwards.

The million-dollar question is what the EU and state-fuelled support of at least EUR 6.1 billion (a ten-fold investment boom compared a year ago) this year (and in the future) have achieved in Europe. Five European manufacturers: Volkswagen AG., Tesla Inc. with its new German plant, Automotive Cells Co. in France, Swedish Northvolt AB, and Britishvolt Ltd. are making big bets on the future. Their ultimate goal is to become real competitors for global giants like China’s Contemporary Amperex Technology Co. Ltd. and South Korea’s LG Energy Solution.

“We’re creating a new industry in Europe; we’re creating a completely new ecosystem,” stated Maros Sefcovic, the European Commission vice president in chage of the EU battery initiative, who added: “The investments are really pouring in.”

In terms of trade and economic viability, the elephant in the room is how the EU will be able to deliver on its goal of 30 million zero-emission cars on the roads by 2030 that run on 90% Europe-manufactured batteries, without too many protectionist measures.