The story of the EU and 5G: Lost in Frequencies

The story of the EU and 5G: Lost in Frequencies

From conspiracy theories through trade wars and espionage, debate regarding the political and social effects of 5G next-generation mobile network technology is polarized, dividing European citizens on the matter long before 5G becomes reality.

General Political Framing of 5G in the EU

“Internet-of-things”-driven smart services are part of our daily lives, from self-driving electric vehicles through smart glasses enabling 3D visualization, to smart homes and offices, 5th generation (5G) mobile networks should serve as the backbone of the digital economy and service ecosystem in the not-so-distant future. As the European Commission (EC) puts it, “5G will also be the ‘eyes and ears’ of artificial intelligence systems as it will provide real-time data collection and analysis.”

But 5G is more than that. It’s one of the most popular disinformation campaign topics, often associated with deleterious health effects. The anti 5G movement has gone so far as to damage 5G antenna towers: media have reported such vandalism in at least 15 European countries. Meanwhile, the combined negative attention trained on the technology has made lawmakers’ task of passing 5G policies more difficult, in Brussels and beyond.

However important it seems, hopes for realizing the full potential of 5G in Europe through adequate policies look even gloomier. 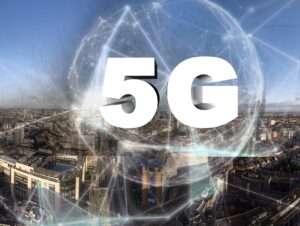 When addressing 5G, European governments take a political stance on a wide spectrum of issues, depending on their “EU loyalty,” relations with China, to the US, and, in particular, on their particular business interests. In this equation, the Brussels bureaucracy has to work with what it has, which often results in a slow process and a lack of political consensus. Still,  EU institutions are taking the necessary steps, which appear to be leading in the right direction.

Beyond politics, the investment aspects of the European 5G deployment are facing calls to speed up the roll-out of the technology. The EU has been spending public funding on 5G research and development since 2013 and launched an International Cooperation on 5G strategy with Brazil, China, Japan and South Korea, the US and India. Since then, the European Commission has earmarked public funding of EUR 700 million through the Horizon 2020 Programme. The EU’s executive body hopes European industry is set to match this investment by up to five times, to over EUR 3 billion.

In February 2021, the European Investment Bank (EIB), together in a joint report with the European Commission, warned about a widening 5G investment gap between the US and the EU – a difference of EUR 4.6bn versus EUR 6.6bn annually – provoking calls for an increase in public sector funding. The “Connectivity and Beyond: How Telcos Can Accelerate a Digital Future For All” report estimates the creation of 2.4 million new jobs within the same period.

One of the co-authors of the report, Wolfgang Bock, said: “The Covid pandemic has reinforced how reliant we are on our telecoms infrastructure for virtually every aspect of our work, education and social lives. We need to learn and apply that lesson to ensure Europe makes the necessary investments to be able to remain competitive.”

Radio spectrum and other burdens to deal with collectively

Data privacy aspects of 5G technology like storage, authorities’ access, encryption, etc. are one thing. Why is Europe, a continent heavily reliant on foreign technologies, particularly concerned about extensive exposure in its 5G network technology? Primarily because it intersects with sensitive frequency use, ruled a common good at EU level. Deployment of 5G technologies depends closely upon access to radio spectra, which make up the basis of wireless technologies.

With a growing number of connected devices on the continent, the amount of broadband needed increases, and the 27 member states have had to harmonize spectrum resources to allow for interoperability of infrastructure across borders, which they agreed upon in March 2018. In 2019, EU governments agreed on a plan mitigating security risks regarding 5G deployment in the EU.

This was followed in June 2020 by an implementation of the 5G security toolbox report in the shadow of the growing Huawei political scandal. The Chinese technology company, a key player in 5G network systems, found itself in political turmoil resulting in Huawei CFO Meng Wanzhou’s house arrest in Canada on charges of divulging trade secrets.

Last autumn, in its recommendation the European Commission (EC) urged the member states to boost investment. Then, in October 2020, the European Council asked the Commission to support an acceleration in the deployment of the technology. National governments had to submit their national plans on the roll-out of 5G to the EC by the end of last year. Lastly, in February 2021, the EC asked the European Union Agency for Cybersecurity to prepare an EU cybersecurity certification scheme for 5G networks.

The most recent, widely discussed development in the field was the joint announcement of telecom companies calling for “open” 5G networks.

Backed by an attempt to defend Europe’s key telecom equipment manufacturers, namely Nokia and Ericsson, the continent’s four largest telecom companies – Deutsche Telekom, Telefónica, Vodafone, and Orange – promised in a memorandum of understanding to prioritize the development of “Open RAN” technology. The idea behind this is a 5G network-building concept that would integrate smaller equipment and software makers.

The underlying idea, based on a “Lego approach,” aims at chopping up the 5G supply chain into smaller pieces and introducing open-source standards on equipment and software firms so products from a variety of suppliers can work together.

It’s important to know that the Open RAN approach represents a U-turn for the telecom firms after years of lobbying attempts to weaken 5G security laws in Europe. Now, in several EU states (among them Belgium, the UK and phase out in France) authorities have banned Huawei technologies – while that Chinese enterprise, to no one’s surprise, perceives Open RAN as a threat to its market position on the continent and beyond.

Analysts foresee that Ericsson and Nokia will charge higher prices for 5G equipment because of the Open RAN approach. This is why, while Nokia is a strong supporter of it, Ericsson on the flip side fears that the new small market actors mushrooming up might put more strain on already-narrow profit margins and troubling finances.

In practice, a successfully functioning Open RAN initiative might put equipment manufacturers like Japan’s NEC and South Korea’s Samsung into stronger positions in Europe, along with the cloud computing services of Microsoft, Amazon, and Google.

Beyond Nokia and Ericsson, there are several other layers of investment interests connected to 5G, starting from Huawei’s recent announcement to build its first full-fledged factory outside of China, in Brumath, France, to manufacture 5G radio equipment. This investment decision does not affect, however, the French government’s decision to phase out Huawei from its networks. Belgium, home of NATO’s European headquarters and the majority of EU institutions, decided last October to drop Huawei and chose Nokia to install 5G data networks amid security fears over Chinese espionage. A similar move is being considered by the UK, where a cross-party call is asking the government to consider removing Huawei from the country’s 5G networks, two years earlier than the current deadline of 2027.

In their effort to put their money where their mouth is, the German government is proposing to spend EUR 2 billion of its Coronavirus stimulus package to boost the 5G development of local telecoms firms.

The German proposal includes an over EUR 300 million investment in Open RAN technology, EUR 237 million for a 6G research hub, and EUR 250 million to boost demand and expand 5G networks, besides another EUR 550 million public investment to Europe’s microchip market through a joint project.

Where do CEE countries stand on 5G?

Meanwhile, countries in Central & Eastern Europe are far from being united in their approach towards buying (and trusting) Huawei’s 5G technology.

As we recently detailed in our country reports, Croatia sealed a 5G deal with Ericsson earlier. Neighboring Serbia has a strategic partnership with Huawei as Telekom Serbia is building its next-generation telecommunication infrastructure for EUR 150 million. Though under Washington’s stewardship, last year Serbia signed what was described as a historic “economic normalization” agreement with Kosovo, including provisions prohibiting the use of 5G equipment, supplied by “untrusted vendors.”

Romania is another special case, where US-China confrontation is taking place given it hosts an American military base and an anti-ballistic missile shield, while Huawei also has a regional hub in the country. Consequently, former US president Donald Trump and Romania’s president Iohannis met in August 2019 and the two sides pledged to “avoid the security risks that accompany Chinese investment in 5G telecommunications networks.”

Likewise, the Czechs are strongly critical of Huawei, too.

On the flip side, the keen to balance between East and West, the Hungarian government has been welcoming towards Huawei. Greece is undecided and partly pro-Huawei, like Poland where the company’s CEE headquarters is. Chinese-Polish relations have been especially delicate since 2019, when Huawei’s regional sales director was arrested on spying allegations in Poland. Still, Warsaw and Washington have also signed a joint declaration on 5G, but the Poles seem to be maintaining a neutral position on the Chinese company’s technologies.