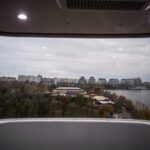 Within the EU, Romania is a hardliner against Russia,  and a country almost immune to Russian pressure in Eastern Europe. New developments, especially the election of a new, pro-Romanian president in Moldova, raise the risk of further deterioration of Russo-Romanian relations, which have never been seamless.

Romania was one of the first countries to publicly back sanctions to be imposed on Russia due to the imprisonment of Russian opposition leader Alexander Navalny. Before the EU’s foreign policy chief Joseph Borrell visited his Russian counterpart, Sergey Lavrov, at the beginning of this February, Romanian foreign minister Bogdan Aurescu had reiterated Romania’s condemnation of Navalny’s arrest, calling it “unacceptable” and “non-democratic.” After Borrell had returned to Brussels with hardly any results, Dacian Cioloș, a Romanian MEP and leader of the Renew Europe group, was among his hardest critics saying “it didn’t make sense to carry out a visit given the conditions” and adding that “the fallout from it sadly had a negative impact on the credibility of the EU in the diplomatic sector.”

Last November saw the victory of the pro-European (and pro-Romanian) president Mai Sandu in Moldova, whose first moves were to change the language of the country’s homepage from Moldovan to Romanian, calling Russia to withdraw peacekeeping troops from separatist Transnistria, and expressing the intention to deepen cooperation with Ukraine. For the first time in six years, Romanian president Claus Iohannis visited Chisinau and met Sandu last December to give momentum to cooperation between the two countries, and pushed forward on a joint EU agenda. If the parliamentary elections on 24 February 2021 reinforced current, pro-EU trends in Moldova, tensions in Russian-controlled Transnistria are likely rising again, further hardening relations between Russian and Romania, too.

Romania has been an overt hardliner against Russia within the EU in times of conflict in the last few decades. Bucharest ended up in that camp because that is what its foreign policy goals dictated, while being almost immune to Russian pressure made such policy possible and affordable.

Russo-Romanian relations are not expected to get better soon since the two countries’ interests are in conflict on the energy market, in the Black Sea, and, most importantly, in Moldova, a territory viewed by many Romanians as stolen by Russia and with which they seek unification.

The territorial dispute over Moldova played a great part in the two countries not being able to reconcile their relationship, not just in recent decades, but over the last century. Russo-Romanian relations probably reached their nadir in modern times when the two countries supported different sides in the armed conflict in Transnistria in 1990-1992. The conflict ended in 1992 with a ceasefire on 21 July 1992, which saw Russian peacekeeping troops deployed in the territory.

Left-wing governments are usually considered more friendly to Russia in Romania. It was the right-leaning Emil Constantinescu who refused to sign a bilateral good-neighborly relations treaty with Russia in 1996, saying that it failed to address the most enduring disputes between the two countries. With the Social-Democrat Party (PSD) having won the elections in 2000, the bilateral treaty on good-neighborly relations was eventually signed but purposefully avoided all contentious issues. Nevertheless, it led to serious criticism from Romanian opposition parties and no substantial follow-up or political trust-building measures between the two countries.

Romania’s hardline stance on Russia when it seized Crimea from Ukraine in 2014 triggered Moscow’s warning that Russia would “put various military bases in Romania on the list of targets to be neutralized with various kinds of weapons.” Romania’s immediate response to that was approving the deployment of up to 250 U.S. troops at a military base in the east of the country and allowing the U.S. military to use the country’s largest airport in Otopeni as an alternative for transport operations. In May 2016, a regional NATO coordination unit was opened, and a U.S. missile shield system was activated in Romania, while a growing number of NATO maritime military drills in the Black Sea and the Danube delta were taking place. The US Navy and other NATO-allied naval forces now routinely operate in the Black Sea patrolling the waters for around two-thirds of the year. Most recently, this February, Eurofighter Typhoon fighter jets of the Spanish Air Force were deployed in Romania to carry out air policing duties alongside the Romanian Air Force over the Black Sea.

With this geopolitical context in mind, one cannot overlook recent diplomatic efforts to improve the bilateral relationship between Romania and Ukraine. Although Ukraine has a Romanian minority group with about the same population as that of the Hungarian one (about 150 000 people), Romania remained silent when new legislation restricting minority rights was introduced in Ukraine. In February, when the Hungarian foreign minister Péter Szíjjártó met his Ukrainian counterpart in efforts to try and iron out differences over the discriminatory language law, Romania’s prime minister Florin Cîțu had an amicable telephone conversation with his Ukrainian counterpart, Denys Shmyhal, and pledged to improve bilateral cooperation in the field of energy affairs.

Not dependent on Russian energy and trade

Romania has been keen on reducing its dependence on Russian gas to a minimum in the last few years. Its imports of gas from Russia fell from 25% to 10% in just one year, in 2013. Romania represented only 1.7% of all Gazprom gas sales (Germany made up 58%) in 2016. Romania had also accumulated enough gas reserves to survive a winter without any imports from Russia; what’s more, new reserves were discovered on the shelf of the Black Sea, allowing the country not only to be fully energy-independent but also to become a net exporter in the long run.

Those developments strongly weakened Russian’s position to retaliate against any Romanian moves by cutting off gas supplies, or even to bargain for better gas prices in Central & Eastern Europe. For example, Hungary has already indicated an intention to diversify its gas supplies by purchasing Romanian natural gas, and Romania already exports gas to Moldova, alleviating the latter’s dependency on Russia, while Bucharest is also planning interconnectors with Bulgaria and Hungary.

Romania is not dependent on nuclear fuel supplies from Russia either. It has two nuclear power stations which account for 17% of the country’s total electricity production and none of them receive nuclear fuel from Russia.

Suspicious of Russian investors’ intentions, Romania has not promoted the inflow of Russian capital in the economy since the early 1990s. Consequently, trade with Russia accounted for only 3.4% of Romania’s overall economic exchanges in 2016 – the bulk of which being limited to the aforementioned energy imports – while the EU is Romania’s main trading partner, at over 70%. Romania’s main foreign investors are the Netherlands and Austria, whose investments, however, sometimes conceal Russian projects, like Lukoil’s presence in Romania being officially listed as a Dutch investment.

Its low dependence on Russian trade made Romania almost immune to the embargo Russia imposed on EU countries as a response to EU sanctions introduced after the annexation of Crimea. In general, low FDI from and exposure to Russia in terms of imports of gas, nuclear fuel, and goods make Romania less constrained than some other countries in the region in taking firm diplomatic positions on Russia’s actions.

In a 2018 survey on Romanian sentiment toward other countries, only 37% of respondents had positive feelings toward Russia, and thus it ended up the least liked country by Romanians. Not only does this portend a rather gloomy outlook for Russo-Romanian relations; as the EU appears to be losing the chance to build dialogue with the Kremlin, and with regards to current developments in Transnistria, the relationship between the two countries will likely remain tense, overloaded by contentious issues.

Hungary and its Alliance Forged in the Past