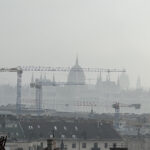 Hungary will find out whether it will receive its EUR 7.2 bn pandemic recovery fund payment on 22 November, Bloomberg reports, citing inside EU sources.

After over a year of discussions, in September the European Commission (EC) froze the funds due to concerns regarding the rule of law in Hungary, and for the last two months has been assessing 17 anti-corruption laws drawn up by the Hungarian government.

To receive the funds, the Hungarian government would have to secure approval from both the EC and a majority of EU member states.

If the decision is negative, Hungary will miss the end-of-year deadline and lose out on around 70% of the pandemic recovery payment, as well as funding for other operational programmes.

These additional operational programmes would total nearly EUR 15bn in EU funding, or more than 10% of the Hungary’s GDP last year.

Astronomical inflation of over 20% in September, as well as poor growth forecasts for 2023, have made securing EU funding payments even more urgent for Hungarian Prime Minister Viktor Orban’s government in Budapest.

Brussels-based website Politico notes that several countries such as The Netherlands and NGOs want the EU to crack down harder on rule-of-law threats.

However EC spokeswoman Veerle Nuyts said the EC and Hungary “have made progress” and “are working to complete our assessment as quickly as possible”.

According to documents seen by Politico, the reforms proposed by Hungary would need to enter into force by the first quarter of 2023, before which Hungary would not be able to request any payments from the EC.

Local website Telex adds that the EC’s draft agenda for 22 November does not mention the Hungarian standoff, although EU member states will discuss the Article 7 proceedings against Hungary on 18 November, when Hungarian Justice Minister Judit Varga will be questioned.

The European Parliament will hold a plenary session the following week, when developments are sure to be on the agenda, Telex wrote.