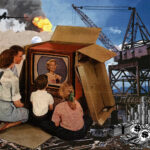 Estonia has the healthiest media environment in Central and Eastern Europe (CEE) according to the Reporters Sans Frontiers/Reporters Without Borders (RSF) 2022 World Press Freedom Index released on Tuesday 3 May.

The RSF meanwhile singled out two CEE countries as showing marked promise for press freedom: “Moldova (40th) and Bulgaria (91st) stand out this year thanks to a government change and the hope it has brought for improvement in the situation for journalists even if oligarchs still own or control the media.”

Estonia was the regional star, however, ranking fourth on the list, making it one of only eight countries with a “good situation” for media and journalists, according to the RSF.

RSF described the Estonian political environment for media as “characterized by a relative neutrality towards journalism and few verbal attacks, which has contributed to journalists being able to hold politicians accountable without fear of persecution.”

Lithuania was the second highest-rated CEE country for press freedom, in ninth place, putting it just outside the “good situation” category, but at the top of the “satisfactory” grouping.

RSF said in Lithuania “the multitude of online media, some of which focus on investigative journalism, benefit increasingly from the attention of younger audiences,” adding that “corruption in the media has been decreasing.”

RSF underlined the situation in Poland, however, writing that “the suppression of independent media is contributing to a sharp polarisation in ‘illiberal democracies’ such as Poland, where the authorities have consolidated their control over public broadcasting and their strategy of ‘re-Polonising’ the privately-owned media.”

According to RSF, Poland’s “independent media faced a failed attempt to weaken them through a special tax related to their advertising revenue. Public advertising is mainly distributed to pro-government media, without any transparency.”

It added that in Poland “while public broadcasting is funded by the state, private media count on subscription models thanks to the relatively big size of the Polish market.”

Poland was duly placed 66th on the global list, exactly in the middle of a group of nine CEE countries where RSF considers the media situation “problematic”. The other countries in the region in this category were Slovenia (54th worldwide), Romania (56), North Macedonia (57), Montenegro (63), Bosnia and Herzegovina (67), Serbia (79), Hungary (85) and Bulgaria (91).

No CEE countries were ranked as being in a “difficult situation” or a “very serious situation” as regards press freedom.

As per the new methodology, RSF defines press freedom as “the effective possibility for journalists, as individuals and as groups, to select, produce and disseminate news and information in the public interest, independently from political, economic, legal and social interference, and without threats to their physical and mental safety.”