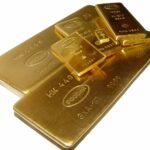 In a letter to be sent to EU finance ministers, Slovakia, Lithuania, Latvia and Estonia jointly call for frozen Russian assets to be used towards the reconstruction of Ukraine in the aftermath of its invasion by Russia.

The letter written by the four Central and Eastern European (CEE) countries, seen by Reuters, says “a substantial part of costs of rebuilding Ukraine, including compensation for victims of the Russian military aggression, must be covered by Russia”.

Last week the European Commission (EC) said it would investigate the legality of seizing frozen Russian assets, but did not refer to central bank reserves.

The “freezing of assets is different to seizing them”, EC spokesman Christian Wigand explained, adding that for asset seizure a criminal conviction is usually required, while the law also diverges on central banks, as against individuals.

According to a recent estimate of Ukraine, around USD 600bn will be required to rebuild the country, and that figure is subject to rises as the war continues.

The EU has so far frozen assets worth some EUR 30bn from Russian and Belarussian individuals and entities.

However the four CEE countries note that the EU and its allies combined have frozen some USD 300bn of central bank reserves since Russia invaded Ukraine on 24 February.

The letter, to be sent on Tuesday, 24 May, adds that “in cases where legal ways to confiscate the assets will not be identified, it should be used as leverage and released only once Russia compensates Ukraine for all the damages done.”

Wigand said the EC will propose strengthening current EU rules on confiscation and asset recovery later in the week.