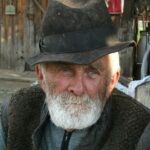 Share this article on:
Economy News in brief Romania Ukraine

Romania is rolling out a EUR 3.4 billion part-EU-funded assistance package to help struggling companies and families amid the economic downturn caused by Russia’s invasion of Ukraine.

Under the “Support for Romania” measures that Prime Minister Nicolae Ciuca unveiled on Monday, firms impacted by the war in Ukraine will be eligible for grants and assistance to cover energy bills, while transport companies will receive fuel subsidies. Meanwhile financing will be increased for state construction contracts to meet rising building costs. Some of the measures will take effect on 1 May, others one month later.

Romania will utilise unspent European Cohesion Funds earmarked for 2014-20 to finance over half (52%) of the package. The government is not planning to raise or introduce new taxes to fund the measures, which are expected to reach over half of the population. According to Romanian Finance Minister Adrian Caciu, improved collection of tax revenues in Romania will cover the remaining 48%.