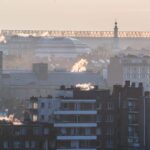 Russian state-owned Gazprom and Hungarian energy group MVM signed a ten-year gas-supply agreement at the end of August. Under the deal, effective 1 October, Gazprom transits 4.5 billion cubic metres of natural gas to Hungary annually via two routes: 3.5bn through a new pipeline via Serbia and 1bn via Austria. Hungarian energy expert András Deák explains CET why the deal was necessary and what it would mean for Russian-EU relations.

Does the deal just signed guarantee Hungary’s energy security – could the Hungarian government have decided to take a different route?

In Hungary, this specific question has been present since 2013, but the previous contract only expired in 2015. There is a consensus among energy market analysts that this deal serves the country’s long-term goals. There is still not enough non-Russian gas in Eastern Europe to fully diversify supplies, and if that is the case, it is worth ensuring security of supply through a shorter – but not short-term – deal with Russia. This creates an obligation for Russia and a guarantee for Hungary in a scenario where no other gas is available.

The energy situation in Europe is particularly uncertain, as evidenced by the extraordinary rise in energy prices and the lack of significant alternative supply options outside the Russian market. If there the EU’s gas storage facilities are depleted in the coming months, the agreement now concluded will ensure Hungary’s energy needs, although the Gazprom deal will help only moderately against the energy price rises also being felt in Europe.

What is Russia’s interest in the current situation – is the deal with Hungary decisive for Moscow in the European context?

Russia has always sought to conclude long-term agreements, and the current agreement fits this pattern. As usual, Russia as a first step has agreed on the desired capacities and then builds the necessary capacities. A total of 4.5 billion cubic metres has been agreed with Hungary, while Gazprom annually exports around 180-200 billion cubic metres to Europe as a whole. In other words, the Hungarian agreement is of relatively little importance from the Russian point of view.

As a result of the deal just signed, the already tense Hungarian-Ukrainian relations could further deteriorate. Could they improve in the medium term?

The tense Hungarian-Ukrainian relations are political, while the Gazprom deal is an energy-market agreement. As Hungarian Prime Minister Viktor Orban emphasized, a well-functioning gas-industry agreement has been signed. On the part of Russia, it was clear that the current deal could only be implemented by bypassing Ukraine. While Hungary’s diplomacy was correct – stating that Ukraine has no formal say in these matters – it could have treated Ukraine with more empathy. The Ukrainian foreign minister made a gesture to the Hungarian partners when he recommended separating minority and energy policy issues. However the Hungarian foreign service did not get this message.

Can we expect Gazprom to conclude further long-term contracts with other European countries?

From 2006-08, Gazprom signed quite a few big deals. As these contracts are now expiring, a few new deals are expected in the years to come. Of course, there are countries, which are heavily dependent on Russian gas and these countries are pushing for deal renewals. Perhaps the only exception is Poland, which has underlined that it does not intend to renegotiate with Gazprom after its current deal expires in 2022. Poland wants to move away from Russian gas, by signing a deal with Norway and constructing liquified natural gas terminals. However, Poland did not make this decision based on either economic or energy policy considerations, but rather on security policy grounds.