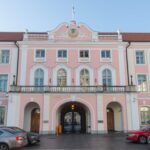 The three Baltic states – Estonia, Latvia and Lithuania – are all highly competitive in terms of taxes, according to the latest International Tax Competitiveness Index (ITCI). Estonia leads the ITCI rankings for the eighth consecutive year thanks to minimal levies on non-resident businesses, low marginal tax rates on individual income and tax-free status for reinvested profits. Most CEE countries have a relatively competitive and neutral tax regime compared to the rest of the Organisation for Economic and Development (OECD) member countries, with Poland the only exception, according to the ITCI, which is compiled by The Tax Foundation.

The ITCI measures two aspects of a country’s taxation policy: competitiveness and neutrality. Competitiveness is defined as the lowest possible tax burden, especially regarding incremental marginal taxes, which can impede domestic investment and lead to tax avoidance. A neutral tax code provides a government with high revenues without economic distortions, i.e. offering minimal tax breaks and no advantage for consumption over saving, according to the Washington DC-based think-tank.

In this year’s rankings, Estonia remains the most competitive of the 37 OECD countries, with Latvia in second place, Lithuania 6th, Czechia 7th, Slovakia 11th, Hungary 13th and Slovenia 25th. Poland came second last, in 36th position, with Italy bottom of the ITCI rankings.

ITCT assesses corporate taxes, individual income taxes, consumption taxes, property taxes, and the treatment of profits earned overseas in each OECD country. The more competitive a tax system, the higher a country’s economic performance, according to the think-tank, which added that taxes are not the only factors that determine economic output. A well-structured tax code has clear compliance rules, and raises government revenues through economic development while stimulating investment and job creation. Corporate taxes were found to be the most harmful for economic growth, with levies on immoveable property having the least negative impact.

As well as the aforementioned low taxes for non-resident businesses, Estonia also provides speedy incorporation procedures, low registration costs and tax-free profit reinvestment. The Baltic country even offers ‘e-residency’, which allows a company to pay taxes and take payments within the Estonian tax regime, effectively creating an offshore environment, which is why the Baltic country is referred to as ‘e-Estonia’. The e-Estonia programme – for entrepreneurs, digital nomads and internet-based firms looking to access the EU market – is primarily used for business incorporation, rather than personal residency.

Estonia only applies its 20% tax on corporate income on distributed profits and a flat 20% tax on individual income that does not apply to personal dividends. The country solely makes property levies based on land value and has a territorial tax system that exempts from local taxation any foreign profits earned by domestic corporations, with few restrictions.

For its part, Latvia recently adopted the Estonian corporate taxation system, while its labour taxes are relatively flat. ITCI favours flat taxes because they allow workers to earn more without an increased relative tax burden, as marginal and average tax wedges are effectively the same. Hungary is a case in point, as its marginal tax wedge and tax wedge us equal, meaning every Hungarian forint earned has the same tax burden.

Lithuania has a relatively flat tax on labour and a corporate tax rate of 15%, well below the OECD average of 22.9%. This encourages investment in machinery, buildings, and intangibles, which effectively enjoy preferential tax treatment.

Labour levies are only minimally distorted in Czechia, where both foreign-dividend and capital-gains incomes from other European countries are tax-exempt. The country neither taxes long-term capital gains, nor property transfers.

V4 countries attractive for tax codes – with exception of Poland

Slovakia climbed from 14th to 11th in this year’s rankings, after expanding R&D tax subsidies and repealing its bank tax. The personal income rate on dividends in Slovakia is just 7%  – well below the 24.% OECD average – and corporations can deduct property levies from taxable income.

Hungary owes its 13th position to its 9% corporate tax rate – the lowest in the OECD – its flat income tax and stricter than average ‘controlled foreign corporation’ regulations. These are counterbalanced by the OECD’s highest VAT rate of 27% and limited Loss Carryforward opportunities.

Slovenia encourages long-term savings with incremental tax breaks for capital gains: the longer the saving period, the lower the tax rate. After 20 years of holding an asset no tax is payable in Slovenia, although property taxes are distorted by separate levies on real-estate transfers, estates and bank assets.

Poland has the second least competitive tax regime in the OECD, despite labour taxes generally being flat, its relatively low 19% corporate rate, and its broad tax treaty network of 85 countries.​ Complying with consumption tax takes 172 hours annually in Poland, which is the most time consuming procedure in the OECD, according to the Tax Foundation. As in Slovenia, property taxes are distortionary in Poland and – similar to Hungary – firms can only write off a limited proportion of their net operating losses. Companies in Poland can offset 33.8% of the cost of industrial buildings in real terms, well below the OECD average of 50.1%.