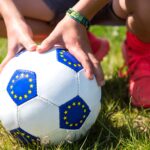 Share this article on:
Diplomacy News in brief Serbia

US would speed up Western Balkans EU integration process

US would speed up Western Balkans EU integration process

The US administration of president Joe Biden is hoping the integration of the Western Balkan countries in the the EU can speed up from its snail-like pace – and Washington will push to reinvigorate the process, a senior US State Department official has said.

Gabriel Escobar, the recently named acting deputy secretary of state for South-Central Europe expressed frustration at the lack of movement on EU accession for Balkan states over the past 20 years. Speaking to Radio Free Europe, he said: “To return 20 years later and see that there hasn’t been much progress on that front was a little disappointing… We would like to see a more rapid integration.”

After having had 13 countries join the Union between 2004 and 2013 – the last time being Croatia – the EU appears to have lost the political will and there’s little public enthusiasm for further rapid expansion.

Currently, six Western Balkan nations are in talks with Brussels at a high level, with Serbia at the most advanced stage among them. North Macedonia, Albania, Serbia, Kosovo, Montenegro, and Bosnia-Herzegovina are all also seeking to become full members of the European Union.

Slovenia gets first wedge of Covid recovery cash from EU