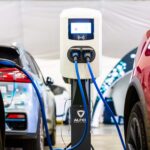 The European Union is not happy with proposed US tax credits towards the purchase of electric vehicles (EVs), which it says would put European EV manufacturers at a disadvantage.

An element of the Biden Administration’s Build Back Better Act which has passed in the US House but is being deliberated in the Senate, the EV tax credit proposal would give consumers an additional USD 4,500 (beyond an initial USD 7,500 tax incentive) to buy an electric vehicle assembled in an American factory with labour union representation, and which uses batteries produced in the US.

In a letter sent last Friday to members of the US Senate, Valdis Dombrovskis, who’s in charge of trade at the European Commission, writes that while the EU agrees with the use of incentives to drive demand for electric cars, both European manufacturers and their American employees at factories in the US will lose out due to the incentives. He says they may even violate international trade regulations. Dombrovskis is urging US lawmakers to remove the part of the EV proposal which he says discriminates against European car and car component manufacturers.

Meanwhile, Mexico and Canada have also voiced their opposition to the US tax credit proposal, while automakers like the American subsidiaries of Toyota, Honda and Volkswagen are also reportedly fiercely against it.