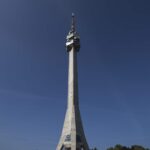 As part of several deals signed that facilitate trade and movement, leaders from three Balkan states – Albania, North Macedonia and Serbia – agreed to an open border policy between them for travelers and commerce, effective 1 January 2023 if everything goes according to plan.

Serbia’s president, Aleksandar Vucic, and the prime ministers of Albania and North Macedonia, Edi Rama and Zoran Zaev, met while attending an economic forum in Skopje, Macedonia. President Vucic called the prospect of being able to travel unhindered from Belgrade to Tirana a “historic moment.”

Now called the “Open Balkans,” the open-borders initiative began in 2019. The present impetus to push it forward may be viewed as a sign of Albania and North Macedonia’s frustrations over being denied EU accession talks, as, for example, Bulgaria has blocked Skopje’s chances due to historic and linguistic disagreements.

These are Central Europe’s Cleanest Beaches