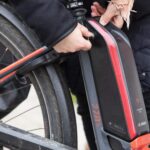 Share this article on:
Climate Finance News in brief

A leaked draft version of the European Commission’s renewable energy directive has received loud criticism from the renewables industry and NGOs. They claim the proposal is lacking ambition and that it must be in line with EU’s new climate goals. The proposal is due to be adopted in July 2021 by the European Parliament and member states in the Council. It will set out binding targets of 38-40% for renewables in Europe’s energy mix. The updated rules will redefine what counts as a renewable source, too.

The amended target would force EU countries basically to double their reliance on renewable sources by the end of this decade, increasing their share to 38-40%.

The leaked document seen by Euractiv says: “The overall objective of the revision of REDII is to achieve an increase in the use of energy from renewable sources by 2030, to foster better energy system integration and to ensure protection of biodiversity and climate objectives. This revision of REDII is essential to achieve the increased climate target as well as to protect our environment and health, reduce our energy dependency, and contribute to the EU’s technological and industrial leadership along with the creation of jobs and economic growth.”

“Two of the key issues are: the new EU 2030 renewables overall target should be of at least 50% and we need those binding national targets back. National binding targets for renewables would give all market players certainty and can push governments to bolder climate action,” said Veerle Dossche, energy policy coordinator for Climate Action Network Europe.

European Vacation Back On For Many