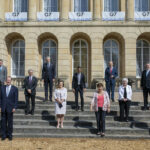 In a global effort against “tax avoidance,” finance ministers from the G7 countries meeting in London last weekend have agreed on overarching rules that will oblige multinational corporations to pay a greater share of their global tax obligations. As part of their deal, the G7, a grouping of some of the world’s most important economies – the US, the UK, France, Germany, Canada, Italy and Japan, plus the EU – also signed off in principle on a 15% minimum corporate tax. Many are hailing the deal as “historic.”

Tech giants like Amazon, Facebook, and Google are likely to be affected the most by the measures, as they often set up local branches in lower tax jurisdictions to avoid paying tax where most of their profits are earned. Going forward, such international companies would have to pay more tax where they sell their goods or services. The 15% minimum tax, which giant tech enterprises are in support of, is designed to minimize the so-called “race to the bottom,” where countries lure such companies to invest by offering lower and lower corporate tax rates.

Germany’s finance minister, Olaf Schultz, commented that companies would now have to fulfill their tax obligations and wouldn’t be able to book profits in lower-tax countries.

One driver for the tax reforms is the government spending increases across the globe due to the Covid-19 pandemic.

Next, G20 finance ministers will delve into the details of the agreement next month.