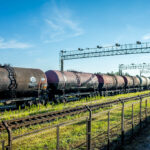 Share this article on:
Diplomacy Energy News in brief

The EU failed to agree on its latest sanctions against Russia on Tuesday, as Hungary refused to drop its threat to torpedo the package.

Consensus on a blanket embargo of Russian oil remains elusive and could take another “week or two”, EU foreign affairs chief Josep Borrell said on Monday, after the EU-27’s foreign ministers met in Brussels.

Ukraine’s Foreign Minister Dmytro Kuleba said on Monday: “It’s clear who’s holding up the issue. But time is running out because every day Russia keeps making money and investing this money into the war.”

According to Borrell, the deadlock with Hungary is of an economic nature: “Hungary has not explained their position in political terms, but in economic terms,” he said.

The US Treasury Secretary Janet Yellen suggested on Tuesday that the EU could add import tariffs on Russian oil to its embargo plans.

The US will lay out details on the tariff plan, which it says would limit both Russian profits and also price spikes, at a G7 meeting this week.

G7 leader Mario Draghi last week brought up the idea during a meeting with US President Joe Biden last week.

Yellen said the US is committed to helping to increasing exports of liquefied natural gas to Europe.

EU ambassadors will discuss the sanctions package – the bloc’s sixth since Russia invaded Ukraine on 24 February – at their regular meeting on Wednesday.