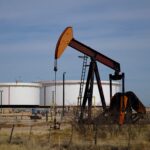 The governments of nine EU member states, among them Germany, have signed a joint statement that they cannot back any measure – including plans for an EU electricity reform – which conflicts with the gas and energy markets. The letter came as a reaction to the French-Spanish proposal presented at last week’s EU summit to rewrite the rules for purchasing natural gas in an effort to combat the drastic energy price spikes being seen in Europe. Pilloried with complaints from consumers about their sky-high energy bills, EU energy ministers are scheduled to grapple with the topic this morning.

Those opposing any change include Denmark, Germany, Austria, the Netherlands, Luxembourg, Ireland, Finland, Estonia and Latvia. Their letter warns that the current extreme high prices are not the cause of market rule failures, which the group alleges are being driven by the global economic recovery. Wholesale reform of the electricity market won’t resolve the current price peak in fossil-fuel markets, they add, suggesting that the EU concentrate on promoting energy efficiency, investment in green energy and a 15% interconnection of the EU electricity market by 2030.