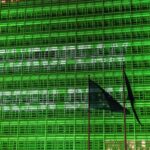 On a global scale, Estonia does not emit high levels of greenhouse gasses, but on a per capita basis, it is the second-largest emitter in Europe.  The country has ambitious goals to reduce its greenhouse gas (GHG) emissions. Moreover, Estonia wants to be one of the top green energy producers.

Estonia’s unicameral parliament had approved the General Principles of Climate Policy until 2050 in 2017. By 2050, Estonia aims to reduce greenhouse gas emissions by almost 80% compared to 1990 levels and by 70% by 2030. However, the European Commission’s critique of Estonia’s NECP estimates that unless Estonia alters its plans, it could miss the emissions reduction target by 21 percentage points.

In a statement to Invest Estonia, the country’s prime minister Kaja Kallas said that in pursuit of a green economy, her country could buy technologies from other places, or “be front-runners who develop and introduce innovative technologies and services to other countries. Our government has chosen the second option.”

Politically, not only has Estonia reached a coalition agreement containing climate priorities, but Estonians themselves are ever-more accepting of climate change as a clear and present threat, not just some danger in the future.

In 2020, Estonia’s government submitted its National Energy and Climate Plan to the European Commission. It contained the details of how the country is planning to achieve its targets for climate and energy by 2030. These include 13% GHG reductions compared to 2005 for sectors like transportation, agriculture, and forestry (among others), increasing the share of renewables by 42%, maintaining the same levels of energy consumption and minimizing dependence on imported sources of energy.

With an eye on achieving carbon neutrality by 2050, Estonia’s government has not been shy in its efforts to come up with a strategy for phasing out oil shale mining in a  region in the northeast of the country, ending oil shale-fired electricity production by 2035, and ceasing oil shale production entirely by 2040 – but now it needs to bankroll its plans, so that new renewable capacities can displace oil shale as a source of energy.

Regarding renewables, Estonia would like to achieve a rate 42% of its energy from renewable sources. Among its projects for consideration, Estonia has a 1,000 MW offshore wind park near the island of Saarema in the works, set for completion in 2028. Still, planning permits for offshore wind facilities in Estonia remain an obstacle.

In connection with the EU’s Fit for 55, not long ago the Estonian government presented a national budgetary strategy for the years 2022-2025, setting aside EUR 1.8 billion to realize its green economy.

Some elements of Estonia’s Climate Strategy include coming up with renewable energy cooperatives that serve communities, rendering apartment buildings energy efficient, and expanding the district heating network, among others. Moreover, there is a great debate over forestry in Estonia – as almost half of the country’s territory is covered with forests that act as a carbon sink, so there are outstanding questions over how sustainable it is to harvest trees and/or at what rate.

Tallinn strives to become zero-carbon by 2050

Meanwhile, the country’s capital, Tallinn, has announced its plans to become climate neutral by 2050. “A green revolution is only possible if changes in different areas take place at the same time and in synergy. That is why we have prepared a Climate Strategy that brings the development plans and activities of different areas of the city in line. While a few decades ago, progress and conservation of nature were rather contradictory notions, today innovation and development are the synonyms for sustainability and green thinking,” said Tallin mayor Mihhail Kõlvart of Estonia’s policies on climate/energy.

Observers note that while there is unanimity in Estonia to pursue green cities, there’s still a lack of equity among communities, Larger cities like Tallinn and Tartu are pushing hard to become green and establish their credentials as green, but smaller cities in Estonia just don’t have access to the funds for such planning or implementation.