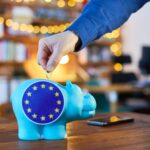 European Union decision-makers say efforts toward a global minimum corporate tax of 15% – which leaders endorsed at the Group of 20 (G20) summit last weekend – should continue forward, as it’s scheduled to be finalized at the end of October. That’s why the European Commission has put its own plan to levy a tax on global tech giants on hold, for now. EU Economy Commissioner Paolo Gentiloni said he had informed US Treasury Secretary Janet Yellen of the decision.

The global minimum corporate tax is designed to set a minimum threshold and dissuade global companies from operating in tax havens. While the OSCE is tasked with working out the details, the idea is to make companies pay the rate where they have their headquarters instead of allowing them to move profits to subsidiaries in countries with substantially lower corporate tax rates.

The EU, meanwhile, is also interested in levying a “digital” tax upon digital advertisers or online retailers who earn money in Europe but are not physically present on the continent. Tech giants like Google and Amazon have been hit by such taxes in France, despite protests and threats of counteractions from the US.