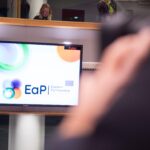 On Monday, Belarus’s government announced the suspension of its participation in the European Union’s Eastern Partnership, which is a cooperation vehicle between Brussels and ex-communist countries in the region.

The Eastern Partnership is perceived by many countries in Eastern Europe and Central Asia as a precursor to a country’s accession to the EU. Currently, it includes cooperation with Belarus, Ukraine, Moldova, Armenia, Azerbaijan and Georgia, who receive funding and political support in return for economic, legal and social reforms in those countries.

President of the European Council Charles Michel condemned the move, tweeting that it’s “another step backwards” that “will escalate tensions further and have a clear negative impact on the people of Belarus by depriving them of opportunities provided by our cooperation.”

In relation to its decision, the Belarussian foreign ministry issued a statement that read that it could not fulfill its obligations under the agreement in the context of sanctions and restrictions imposed by the EU. Last November, the Minsk government had already decided to reduce the level of its participation in the Eastern Partnership due to an allegedly “politicized approach.” As a consequence of the move, the country’s foreign ministry said it would have a “negative impact” on fighting illegal migration and organized crime as Belarus shares a border with EU members Poland and Lithuania.

In relation to the move, Belarus called home its representative to the EU for “consultations” and “encouraged” the head of the EU delegation to Belarus, Dirk Schuebel, to return to Brussels and “convey to his leadership the position of the Belarusian stance.”