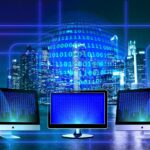 Share this article on:
News in brief Telecommunication & IT

MEPs voted through the Digital Services Act (DSA) in a plenary vote at the European Parliament on Thursday afternoon. The DSA could serve as a “new global golden standard for tech-regulation”, MEP Christel Schaldemose said.

A key inclusion in the DSA was a ban on online advertisements targeting minors, as well as limits on political beliefs and religion and sexuality, as promoted by the cross-party Tracking-free Ads Coalition. According to the DSA, platforms are not directly responsible for illegal products, but for legal accountability reasons have to make best efforts to verify identities of service providers including online marketplaces, domain registries and content distribution networks. Other benefits for internet users laid out in the DSA include anonymity in visits and payments “wherever reasonable’ and a ban on cookie walls. Refusing consent would not be penalised, nor more complicated than accepting it.

Platforms will have to consider the EU’s Charter of Fundamental Rights when moderating content, but MEPs rejected publishers’ being able to to contest these decisions, according to the DSA, which was subject to numerous last-minute amendments. Another last-minute change states that terms and conditions that violate fundamental rights should not be binding for internet users.

The DSA is now expected to be largely confirmed in a key committee vote, after which it will be discussed jointly by the European Parliament, the European Commission and the Council of the European Union. “A digital constitution for Europe has been long overdue,” Greens MEP Alexandra Geese said after the vote. “The European Parliament enters the trilogue negotiations on the DSA with a strong position: Tech giants like Facebook and Google must no longer be able to monopolise control over our digital ecosystem,” Geese said.