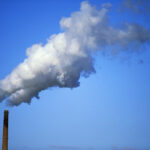 Share this article on:
Energy News in brief Transport

Electric vehicles (EVs) and gas will reportedly be similarly classified as sustainable investments in Europe from 2026 under the new EU Taxonomy regulations formulated by the European Commission (EC) expected on 22 December.

“The classification of EVs as sustainable vehicles is possibly the most advanced green classification in financial markets,” Luca Bonaccorsi of clean transport campaign group Transport and Environment (T&E) said. “But this pales in comparison with the greenwashing in both laws: the Commission is on the verge of labelling gas as ‘green’, thereby destroying the credibility of the EU’s sustainable finance agenda as a whole.” The planned provisions on forestry, bioenergy, gas buses and cargo ships are also unsatisfactory, according to T&E.

Although some member states and most energy experts oppose the controversial inclusion of gas as a sustainable resource, the deadline has now passed for EU countries to comment on the EC’s planned categorisations. The French government, with vested interests in both industries, has reportedly led a lobby for the inclusion of gas and nuclear in the Taxonomy. A group of mostly CEE member states has meanwhile lobbied for a temporary green classification for certain gas projects. The inclusion of nuclear-energy projects in the Taxonomy would benefit countries including France and Czechia, which plan to use atomic power while transitioning to zero-carbon.

Opposition to classifying gas and nuclear as clean energies has emerged from less expected areas too. As CET reported last month, The Net-Zero Asset Owner Alliance – a grouping of 60 international finance companies that manages EUR 9 trillion and includes Allianz SE, Banco Santander, Barclays, AXA Group and BNP Paribas – has also urged the EU not to classify natural gas and nuclear power as sustainable under its new system.

The categorisation of gas and nuclear as green could also make Europe a clean-energy laggard in comparison with other parts of the world. EC sustainable finance advisory member Sandrine Dixson-Decleve noted that “China has developed a taxonomy that excludes fossil gas while the South Korean taxonomy excludes nuclear power. Slippage at the EU level would both put Europe’s system in disrepute but also lower the bar globally: even Russia is proposing a taxonomy that could forgo gas,” she added. “The moves to label natural gas as a transitional activity… will undermine the EU’s efforts to transform its economy,” Dixson-Decleve said.