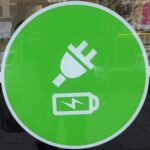 A total of six Central and Eastern European countries were public signatories to the agreement to transition to zero-emission vehicles at the COP26 summit on climate change which ended at the weekend. In a non-binding declaration Austria, Poland, Croatia, Slovenia, Lithuania and Ukraine pledged to “work towards all sales of new cars and vans being zero emission by 2040 or earlier, or by no later than 2035 in leading markets”.

As well as cities and corporate fleet owners including E-ON and Tesco, 11 automotive manufacturers also signed the deal: Jaguar-Land Rover, General Motors, Mercedes-Benz, Ford, Volvo, Avera, Gayam, BYD Auto, Etrio, MOBI and Quantum Motors. A footnote to the contract states, however, that: “We will make clear this declaration is not legally binding and focused on a global level.”

According to the BBC, the three main achievements of the two-week conference in Glasgow were the first global agreement to cut coal power, the securing of help for developing nations and a consensus to revisit emission cuts at the COP27 in Egypt next year. However the initial pledge to completely phase out coal burning was altered to “phase down” at the last minutes, after pressure from a group of dissenting countries led by India and China.

There is a scientific consensus that the deal signed in Glasgow will not limit the global temperature rise to 1.5C, which is seen as the level required to prevent major catastrophe. COP26 President Alok Sharma, who is a British Conservative Party MP, said he was “deeply sorry” about the watered-down deal. For her part, prominent Swedish climate activist Great Thunberg tweeted: “The COP26 is over. Here’s a brief summary: Blah, blah, blah.”