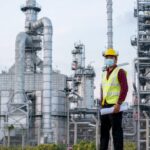 Developing trade and economic opportunities is the objective of an official delegation from Taiwan set to visit several countries in Central & Eastern Europe (CEE) this October.

According to Taiwan’s Ministry of Foreign Affairs, over several days starting on 20 October a group of over 60 Taiwanese officials and business people from sectors like information and communication technology, precision medicine and electric vehicles will pay visits to Lithuania, the Czech Republic and Slovakia. Areas of potential cooperation with these CEE countries could include heavy industries, digital economy, start-ups and biotechnology, said one Taiwanese official.

The Taiwanese delegations’ visit will follow up last year’s 89-person delegation from the Czech Republic to Taiwan; this year, a delegation from Slovakia which was supposed to visit Taipei was forced to cancel its trip due to COVID-19 restrictions.

Meanwhile, there are plans for Taiwan to establish a representative office in Lithuania, despite pressure on the Baltic nation against allowing that from China.