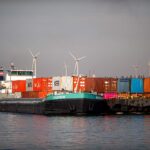 Taiwan has signaled its readiness to do business with Europe: the government in Taipei is eager to begin trade talks with the European Union, which has recently announced plans to become more active in Southeast Asia. Such negotiations between Taiwan and the EU have been in the works since 2015, but stalled.

For its part, the EU could reap huge benefits by boosting trade with tech heavyweight Taiwan, like in the area of semiconductors, but dealing with the island nation is tricky for Brussels as China, an important trading partner, takes exception to diplomatic ties with Taipei. Meanwhile, EU relations with Beijing are at a low ebb – earlier this year China placed retaliatory sanctions upon numerous EU politicians in Brussels, which effectively killed a massive trade deal between the two sides.

In a statement regarding the prospects of good trade relations with the EU, Taiwan’s foreign ministry has emphasized that it is a “like-minded partner” on issues like human rights and rule of law.