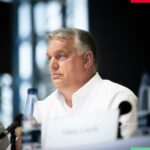 Share this article on:
Energy Hungary News in brief

The Hungarian government unveiled a number of energy-related measures at the weekend, in response to soaring prices and an impending autumn fuel crisis in Europe.

The government justified the move by citing the price disparity between the Russian Ural crude oil, which MOL mainly refines, and its Brent equivalent, which currently costs USD 25-35 more per barrel.

The MOL group will suspend operations for the next two months at its Hungarian refinery in Szazhalombatta, near Budapest, for maintenance work, but will continue to operate its other refineries in Bratislava, Slovakia, and Rijeka, north Croatia.

Even though Hungary will release around 25% of its strategic fuel reserves, imports will still be required to meet demand. He added that the country can meet the EU’s call to cut natural gas usage by 15%.

Opposition parties said the decision to restrict price caps on fuel will hurt small businesses, while increasing inflation. The centre-left Democratic Coalition said Orban’s Fidesz party is gradually depriving more and more car drivers towards the point where the price caps can be axed overnight. Right-wing Jobbik called the decision another blow to small Hungarian businesses who are facing an increasingly impossible situation.

The previous day MOL chairman-CEO Zsolt Hernadi had warned that no imported fuel would arrive in Hungary if the price cap remained unchanged.

“We must enable ordinary people to cut their gas usage,” Orban said, adding that Hungary’s Technology and Industry Minister Laszlo Palkovics will launch a stove and furnace programme to replace gas heating where possible.

Orban reiterated that Hungary will ban exports of firewood and relaunch the recently closed Matrai Power plant. On the drought in Hungary, Orban said Hungary’s food supply is not in jeopardy.

According to Gulyas, the state will assess in a survey how many schools can convert to wood-fuelled heating, and will cover conversion costs where this is possible.

Any transition to wood burning would be a retrograde step towards larger carbon footprints, and firewood is already in short supply, energy expert Attila Holoda told Klubradio.