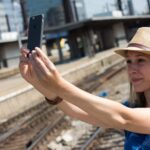 This summer six Western Balkan countries abolished mobile phone roaming charges, in what is seen as a positive step towards the eventual expansion of the European Union.

Since July 1, roaming citizens of the south-east European region have been able to call text and surf online for the same fees they pay at home. The scheme is also open to tourists using pre-paid cards.

The “Roam Like At Home” scheme has reportedly increased business cooperation and tourism across Albania, Bosnia and Herzegovina, Kosovo, Montenegro, North Macedonia and Serbia, collectively known as the WB6. These countries harbour hopes of acceding to the EU, following in the footsteps of neighbouring Croatia, which joined in 2013.

The abolition of roaming fees across the WB6 region is the upshot of the Regional Roaming Agreement the countries signed in 2019. The deal brought in a gradual reduction of roaming charges and ultimately the full elimination of extra charges in July. The European Union welcomed this as a “historic achievement” of cooperation between government and telecommunications regulators across the region, which was also supported by the European Commission.

Brussels considers the deal to represent a major step in the  digital transformation of the WB6 countries, which will help them to catch up with the rest of the European Union and eventually join the bloc.

“We managed to remove borders, barriers and roaming charges for mobile phones,” Secretary General of the Regional Cooperation Council Majlinda Bregu said. Regional cooperation amongst WB6 countries is not merely a welcome step but a condition for EU integration. In other words these states must demonstrate a readiness to work together before they are considered ready to become EU member states.

“We are looking forward and we are working intensively to repeat the same success story with the removing of the barriers and borders, plus those extra charges on the freedom of movement of people and business in the region,” Bregu said.

Scheme could expand to include whole EU

The next step could be the abolition of roaming charges between WB6 and EU countries, according to sources in Brussels. Roaming charges were eliminated in the European Economic Area (EEA), which consists the EU member states, Iceland, Liechtenstein and Norway, on June 15, 2017. This achievement is often cited as tangible evidence that the EU works for its citizens. The removal of roaming charges between EU and Western Balkans would likewise benefit millions of European tourists. Visitors to the Western Balkans from the EU currently pay up to EUR 7 per minute for mobile calls, depending on the provider. In Albania, for instance, a ten-minute call can cost more than a hotel room.

The idea of dropping roaming charges in the Western Balkans is not new: it was initiated the moment the EU, Iceland, Liechtenstein and Norway deal took effect. The Regional Cooperation Council facilitated this process with the support of the European Commission. The Body of European Regulators also assisted in setting up this free-roaming zone in the region. This helps not just citizens of WB6 countries, but also with their alignment to the EU Digital Single Market principles.

Abolishing roaming charges is the most visible achievement of cooperation and integration within the region to date. Now the EU wants to see more steps towards creating the Common Regional Market, as WB6 leaders agreed at a summit with the EU in Sofia in 2019. This goal is also stated in the Berlin Process, the initiative of German Chancellor Angela Merkel that groups several EU member states with the Western Balkan countries. During a recent visit to the region, Merkel reiterated the support for creation of the Common Regional Market and underlined that her standing aside as Chancellor will not affect Germany’ commitment to the process.

Other significant moves in the region are now planned in the wake of the removal of roaming fees, including the creation of express lanes at border crossings, the free movement of WB6 citizens without border checks, the abolition of work visas, the mutual recognition of degrees and the recognition of visas for third-country nationals to travel freely across the region. This aims to increase foreign direct investment, economic growth and tourism both within the region and from the region to the rest of the world.

Not all of the processes are going smoothly, however: in recent years the EU enlargement process has shown very limited progress.  Unresolved issues between the WB6 countries remain: most notably the tense bilateral relations between Kosovo and Serbia, which has in some cases hindered broader regional cooperation.  Also the Open Balkan initiative of Albania, Serbia and North Macedonia has been dismissed as an unnecessary duplication of already existing processes by the other three WB6 countries and EU diplomats alike.

However, as the abolition of roaming charges has shown, citizens of the Western Balkans will support sensible policies that deliver real-world benefits. “A true achievement of regional cooperation, showing what is possible when the region joins efforts,” the European Commissioner for Neighbourhood and Enlargement Oliver Varhelyi tweeted. “I am convinced we will see many more joint achievements: let’s join efforts and work together towards the next milestone.”

Slovenia gets first wedge of Covid recovery cash from EU