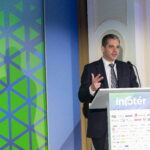 Share this article on:
Finance Hungary News in brief

“We are not afraid of competing with technology companies,” OTP’s deputy CEO Peter Csanyi commented. Banks already view themselves as tech companies, Csanyi underlined, recalling that OTP has just adopted a digital strategy.

AI is one of the most competitive areas of technological development, closely related to language. However, large tech companies refrain from working in lesser spoken languages such as Hungarian, concentrating mainly on English. As Hungary’s largest commercial bank with a significant presence in the CEE region, OTP will create language modules for AI application in the languages spoken in the countries where it is active.