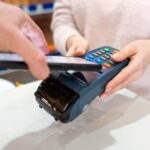 Share this article on:
Finance Hungary News in brief Poland

Inflation may pose a real threat for countries in Central & Eastern Europe (CEE), specifically for Poland and Hungary, which are facing post-pandemic economic pressures. That’s why their economies do not appear as shiny as they used to. Hungary saw a recent inflation rate of 5.1%, while Poland’s hit 4.4% in June.

Whether such price pressures will be sustained remains to be seen, but such rates exceed those countries’ central bank midpoint inflationary targets: 2.5% for Poland and 3% for Hungary. Meanwhile, year-on-year wages have gone up by 10.6% in Hungary and 7.8% in Poland, which economists attribute to labor shortages in both countries.

Some analysts believe that those CEE economies could see sustained inflation for a longer period, followed by a tightening of their governments’ monetary policies. Hungary’s central bank had not made an interest rate hike in 10 years, but in June set it 30 basis points higher, to 0.9%; Poland’s central bank governor, meanwhile, says there are no plans for a rate hike there.